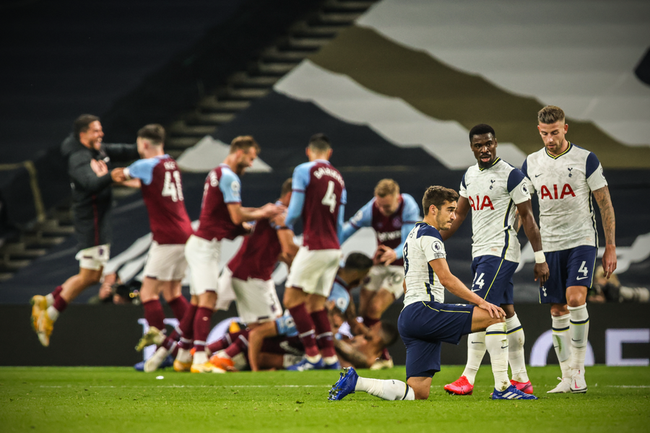 If you are a Tottenham fan, then you must be very frustrated, because Tottenham was evened with a 3-0 lead.

If you are a Mourinho fan, then you must be very unwilling, because Mourinho has a good reputation, but because of such an unexpected draw, you are once again in dispute.

The question is, is Mourinho responsible for this draw?

From a tactical point of view, Mourinho's setup in the first half was extremely successful. Starting with the 433 formation, Hoibel, Ndombele and Sissoko were placed in the midfield. This setting is undoubtedly hard, but there are certain flaws in creativity. So Mourinho asked Harry Kane to withdraw. , And take care of the organization work most of the time. There is no doubt that Kane did a good job. He gave Sun Xingmin an assist at the start.

After Kane retreated, Mourinho let Sun Xingmin act as an arrow, and his left side was freed up for Reggie Long to play, which just allowed him to show his strong assist ability. Mourinho's tactical setup was undoubtedly extremely successful in the first half. Therefore, Tottenham easily locked the 3-0 lead.

This is Mourinho's success in this field. But in the second half, Mourinho's adjustments became a booster for Tottenham to lose points.

In the second half, West Ham began to give it a go and pressed Tottenham. At this time, Mourinho's formation began to go wrong. With the decline in physical fitness, Mourinho’s 433 formation protects the center and the wing. Tottenham can dominate the game in the first half. In the second half, it will be directly in a hard fight with West Ham, unable to occupy the advantage on the field. . At this time, Mourinho obviously should make adjustments-

But Mourinho underestimated the enemy. His move turned out to be Winks replacing Ndombele and Bale replacing Belvin. This is equivalent to a matchup substitution. Mourinho did not increase Tottenham’s defensive power. . Then in the 79th minute, Mourinho replaced Sun Xingmin with Lucas Jr., which was another matchup substitution, and it did not increase the team's defense. Even Mourinho’s third substitution weakened Tottenham’s defense to some extent. After all, Sun Xingmin still has a certain defensive ability, while the younger Lucas basically has no defensive ability.

Mourinho's operation revealed the idea of ​​training soldiers, but he ignored the fact that Tottenham was losing ground before the substitution. So the evil result appeared. After Mourinho ran out of three substitutions, West Ham United immediately rose. They scored three goals in the last 10 minutes, rewriting the score to 3-3. Because of this,

At least, Tottenham players are also responsible. An obvious phenomenon in the second half was that the Spurs players played too loosely. They had many good counterattacks. However, the Spurs players were too pursuing complex cooperation, and after a big lead, they wanted to show off. . As a result, Tottenham's offense in the second half was misfired, and the sharp and efficient counterattack in the first half rarely came out again.

Not only that, but the mentality of Tottenham players is also obviously problematic-they are not very good at playing when they are leading. Especially in the last ten minutes or so, Tottenham players became more and more tense with their kicks, their movements were deformed, and panic when they played the ball became the norm. In this case, West Ham United played momentum, and Tottenham became a sick cat, just want to hide in the corner. At this time, the more you persuade, the more your opponent's arrogance will be fueled, so West Ham United pulled three goals in the last 10 minutes. Mourinho saw clearly after the game: "West Ham's luck may be deserved; Tottenham's misfortune may also be deserved."

The birth of a magical game is definitely the result of multiple factors. Tottenham’s shameful draw is like this. Mourinho’s substitutions are not reasonable enough and need to bear certain responsibilities, but definitely not all. The mentality of players and luck are also factors that cannot be ignored.