In the home game against Switzerland, German winger Gnabry scored the third goal for the team. He personally played 15 times in the national team and has scored 14 goals. 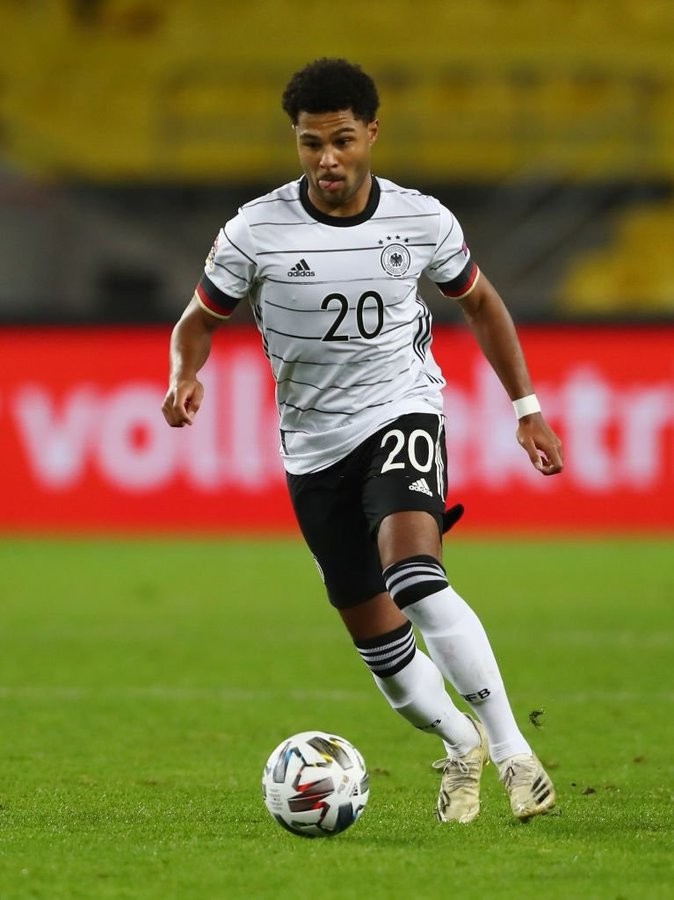 In the 60th minute of the game, Werner made a pass from the right, Gnabry shot with his heel. Swiss goalkeeper Sommer touched the ball but could not prevent the ball from rolling into the goal. Germany 3-3 Switzerland.

Gnabry completed his debut in the German adult national team in November 2016, and staged a hat trick in that game. In the November 2019 game against Northern Ireland, the Bayern striker also scored three goals. .

This goal against Switzerland was his first goal in the European League, and he had not scored a goal in the previous 3 appearances in this tournament.