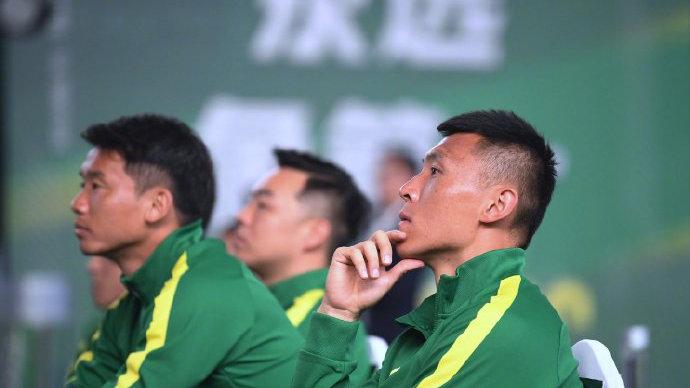 Defeating Luneng, Guoan must not only be perfect technically and tactically, but also mentally rebuild. At the end of the first stage, Li Xiaopeng, the then Luneng coach, said, "Guoan is a good opponent," and he meant to actively choose Guoan. Li Xiaopeng said this with confidence, and Guoan fans have no temper after hearing this. Luneng really has the confidence to fight Guoan, and Guoan always has trouble with Luneng. "The style of the game" is an expression of saving face for oneself. The most important thing is that there is no bottom in the heart, and this kind of subtle psychological change will not occur when Guoan hits Evergrande or even when he hits Hong Kong. It happened to meet Luneng. There will be a little ripple in my heart.

Luneng has a strong style of play, simple and clear style of play, speed and body, as well as the advantage of high-altitude ball; Guoan is a representative of technical flow, exquisite transmission, and players' personal abilities are among the best in the Super League. The characteristics of the two sides are clearly reflected in the data of the first stage. Guoan's ball possession rate, number of passes and success rate are all ranked first. Luneng's wing passes, headers and long passes are far ahead of Guoan. . Guoan has been playing combo punches, but Luneng would always go straight to the face with one blow without these routines. Whoever has suffered a loss will know, and psychological changes will inevitably occur.

In addition, the first stage of Guoan was divided into the Suzhou Division. After the game, the real opponent was actually SIPG. In the two games of SIPG, Guoan was double-killed. Even though some off-court factors affected the trend of the game, in the final analysis, he was not strong enough. Fighting a tough battle, or talking directly with opponents in the championship, Guoan has not taken advantage of it at present, which will also affect the mentality, after all, every next game is a knockout game that determines life and death. In comparison, Luneng really fought a lot of tough battles in the Dalian Division, and stumbling all the way into the championship group can be regarded as baptized by war.

That's why Guoan fights Luneng, the mentality is the first. Before going to the Suzhou Division this time, the Guoan Club held a strong guild. Investor Zhou Jinhui, who rarely appeared this season, attended. His speech was mainly centered on the mentality, "Our players will do in the first stage. When it comes to trying our best, what we lack is tenacious energy and domineering. To show this dominance, we must be'more determined and tougher' on the court." Zhou Jinhui said, in fact, what this paragraph is about is the player's. "Essence", the stadium is like a battlefield. It is more courage than technology. Only when the spirit is back, Guoan really comes back. Guoan's strength has reached the standard for the championship, and the next step is attitude.

From this point of view, it is actually a good thing that Guoan met Luneng in the first round. Since the goal is to compete for the championship, it must show some domineering. Luneng regards Guoan as the best opponent. Similarly, Luneng can also inspire Guoan. The strongest fighting spirit, if you can pass this level, for Guoan, it is by no means as simple as advancing to the next round. The players' aura and confidence can be greatly improved, and there will be more difficult matches in the next great help. Just like the Football Association Cup final at the end of 2018, Guoan won Luneng in two rounds and finally won the cup, which boosted its momentum. Then in the 2019 league, Guoan had the best start in history. The long series of victories was not accidental. Dominant performance.

The personnel and play styles of both sides are all on the bright side, but there are also uncertain factors. Luneng Li Xiaopeng dismissed get out of class and Hao Wei took over. Before the war, he changed his coaches and the fluctuations were greater, but Luneng also assumed a mourning posture. After the entire first stage of Guoan’s play, they failed to come up with a clear and stable play. There were good matches and sometimes bad times. Now there is another Ogu who doesn’t know if he can play due to injury. Stow. So the game is still 50-50, it is difficult for anyone to take advantage.

In terms of technique and tactics, Genesio emphasized defense, to see Luneng’s sharp wing attack, but also to see the two absolute highs of Perrin and Fellaini, but these are not the places that make Guoan the most fearful. In the last few fights, Luneng’s biggest headache for Guoan is probably Hao Junmin. Hao Junmin seems to have been in bad condition this season due to injury issues. The game is also played and stopped. However, Hao Junmin was selected for the national team training not long ago. After the Luneng warm-up match, he also went into battle and his state has obviously improved . Find a way to contain the Luneng midfielder core, Guoan defense is half the battle.

Guoan is the team with the most goals in the Super League in the first stage, so as long as the defensive end is done well, the offensive end will always have a solution to the problem.

In the second stage, more fans will enter the scene. Guoan’s expeditionary army has never been a vegetarian. Even if it is in the neutral position, it will create a great aura. When the slogan of "Kick to death" sounded, Guoan You should have a brave heart, and attack a higher goal.